An adaptation of the acclaimed novel by Susan Hill, author of The Woman In Black.

Featuring Douglas Henshall, Louise Lombard, and Neve McIntosh, The Small Hand is the story of Adam Snow, an atinque book deal who finds himself haunted by the ghost of a young boy, which reveals a terrible secret from his own childhood. Produced by Awesome in co-production with Two Rivers Media, for Channel 5, with the support of Screen Scotland, this project will debut on Boxing Day at 9 pm as “Susan Hill’s Ghost Story” on Channel 5 and then roll out around the world in 2020. 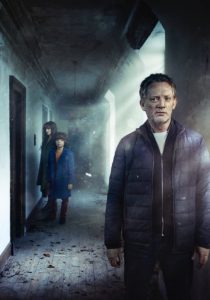