Awesome to publish six books in 2017 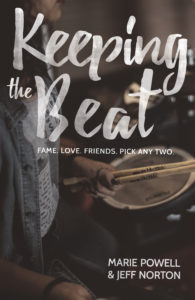 KEEPING THE BEAT – New YA imprint KCP Loft (distributed via Hachette) will publish the YA rock’n’roll thriller in hardback in English-speaking territories.  Foreign translations are being brokered by the team at Kids Can Press.  ‘Keeping The Beat’ is written by Marie Powell & Jeff Norton, and edited by ‘The Hunger Games’ editor, Kate Egan.

PRINCESS PONIES – Bloomsbury will publish four books in a one year exclusive deal with Scholastic Reading Clubs. The new chapter books will each have a holiday theme, starting with Valentine’s Day. Others will celebrate St. Patrick’s Day, Halloween, and Christmas. Foreign rights are sold by Bloomsbury USA. 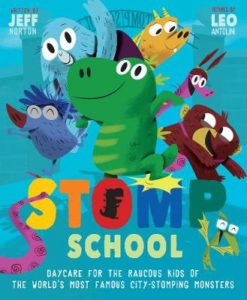 STOMP SCHOOL – Caterpillar Books (an imprint of Little Tiger Press) will publish this novelty picture book on August. ‘Stomp School’ is a raucous story about a young kaiju’s misadventures at the day care for city-stopming monsters. The book is written by Jeff Norton with illustrations by Leo Antolini. Foreign rights and co-editions are being handled by Little Tiger.

Company founder Jeff Norton says, “This is a huge year for our publishing partners and the fulfilment of a dream come true to bring incredible stories to everyone; from the very youngest of readers to the young at heart.”

Awesome was founded in 2010 as the corporate vehicle for author Jeff Norton’s intellectual property (IP) and has now grown into a creative company with multiple TV projects, operating at the intersection of book and screen.