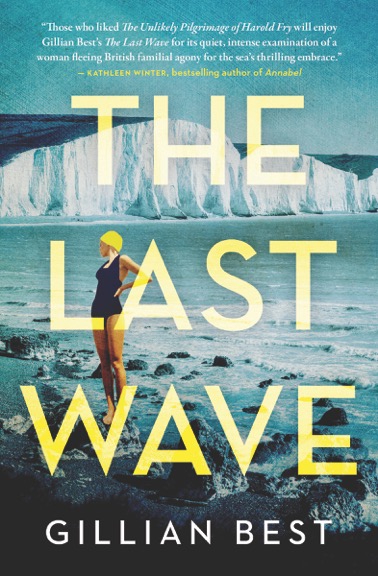 Written by award-winning, Bristol-based Gillian Best and published by House of Anansi Press, ‘THE LAST WAVE’ won rave reviews in North America and has become a book club favourite, establishing its author as a bold new voice in literary fiction.

Executive Producer Jeff Norton says: “Awesome is an author-founded company and we want to be the home for the world’s most creative storytellers. Gillian Best’s novel is heart-breaking yet ultimately heart-warming tale that is at once a feminist story, a novel about a marriage and a narrative about one woman’s self-empowerment and liberation from domestic life.”

‘THE LAST WAVE’, set in Dover, U.K., is an intergenerational saga that revolves around the protagonist Martha, (a woman who has swum the English Channel ten times), and the complex relationships she has with her husband, her children, and her close friends. The one constant in Martha’s life is the sea, which provides an allegorical backdrop to three generations of her family.

Author Gillian Best adds: “I’m delighted that Awesome has picked up ‘THE LAST WAVE’. As an author, I’ve found it incredibly fascinating to hear how my novel has been interpreted by different readers, and I’m excited to see what new perspectives this will bring.”

House of Anansi Press, which has published authors including Margaret Atwood and Patrick De Witt, has increasingly become involved in book adaptations: Lisa Moore’s novel ‘CAUGHT’ recently aired on Canada’s CBC as a five part mini-series, and the feature length adaption of Deborah Ellis’ ‘THE BREADWINNER’ was nominated for an Academy Award.

Sarah MacLachlan, President and Publisher, House of Anansi Press, says: “‘THE LAST WAVE’ is not only beautifully written but also strikingly visual and we are delighted that Awesome will be shepherding it to the screen.”