Former Managing Director of Simon & Schuster Children’s UK Ingrid Selberg is joining to oversee the company as Director of Publishing.

Awesome Reads will publish 3-4 books a year with a focus on high concept, commercial stories that capture the imagination. The imprint will launch with Alienated: Grounded at Groom Lake, a comedy adventure about the only human boy at the school for aliens at the infamous Area 51. 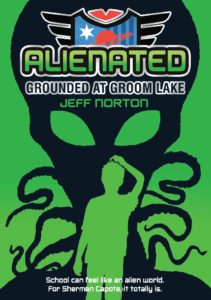 Alienated will publish on 1 November, closely followed in January 2019 by a second title – Dino Knights: Knights of Panterra, the first instalment in a book series about a team of teenage, medieval knights who ride into adventure. The first two books written by Jeff Norton, but Awesome Reads is already working with a raft of other authors.

Awesome Media & Entertainment will be looking at ways to exploit the IP of the books published by Awesome Reads across multiple platforms globally, primarily developing the content for television.

Director of Publishing Ingrid Selberg says: “I’m delighted to be working with Jeff Norton to launch Awesome Reads and bring these stories which are exciting and emotionally engaging to a wide readership.”

Founder of Awesome, Jeff Norton adds: “As both an author and a producer, it’s been my mission to create a virtuous circle from books to screen and back again to inspire young people to become lifelong readers. Awesome Reads closes that circle.”

Awesome Reads can be found at: www.AwesomeReads.com